To understand what drives our technology, one must first take a look under the hoodie.

Cloudera was founded in 2008 by some of the brightest minds at Silicon Valley’s leading companies, including Google (Christophe Bisciglia), Yahoo! (Amr Awadallah), Oracle (Mike Olson), and Facebook (Jeff Hammerbacher). Our founders held at their core the belief that open source, open standards, and open markets are best. That belief remains central to our values. Doug Cutting, co-creator of Hadoop, joined the company in 2009 as Chief Architect and remains in that role. Today, Cloudera has more than 1,600 employees — each with their own hoodie. We have offices in 24 countries around the globe, with our headquarters in Palo Alto, California. 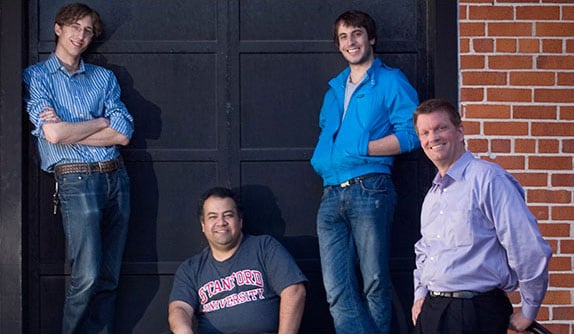 Cloudera Cares is the arm of the company that does the really good stuff. We've donated software, professional service hours, hosted hackathons for nonprofits, cleaned up parks, served food to the
less fortunate, and everything in between. To date, Clouderans have donated more than 3,900
hours to doing good.

Don't just take our word for it

When we were managing Apache Spark and Kafka in-house, we had issues with corrupt messages and the pipeline failing. With Cloudera’s expertise, we’ve been able to solve those problems.

Cloudera is best-of-breed in support and services, and enables us to help our clients move further up in the sophistication of their social marketing.

Cloudera has been one of the best companies I've ever seen in terms of customer support.

It’s never been more important for businesses to be ready for anything. The expected. The unexpected. And whatever lies between.