To understand the concepts behind messaging systems in distributed systems, and how to use them to pass on information between the producer (publisher, sender) to the consumer (subscriber, receiver). In this example, you will learn about Kafka.

What is a Messaging System?

Messaging systems transfer data between client applications. One application produces the data, such as reading from sensors embedded on vehicles and the other application receives the data, processes it to be ready to be visualized to show the characteristics about the drivers driving behavior who drive those vehicles. As you can see each application developer can focus on writing code to analyze the data and not worry about how to share the data. There are two messaging systems used in this scenario, point to point and publish subscribe. The system most often used is publish subscribe, but we will look at both.

Point to Point are messages transmitted into a queue

Key Characteristics of generic figure above:

Publish-Subscribe are messages transmitted into a topic 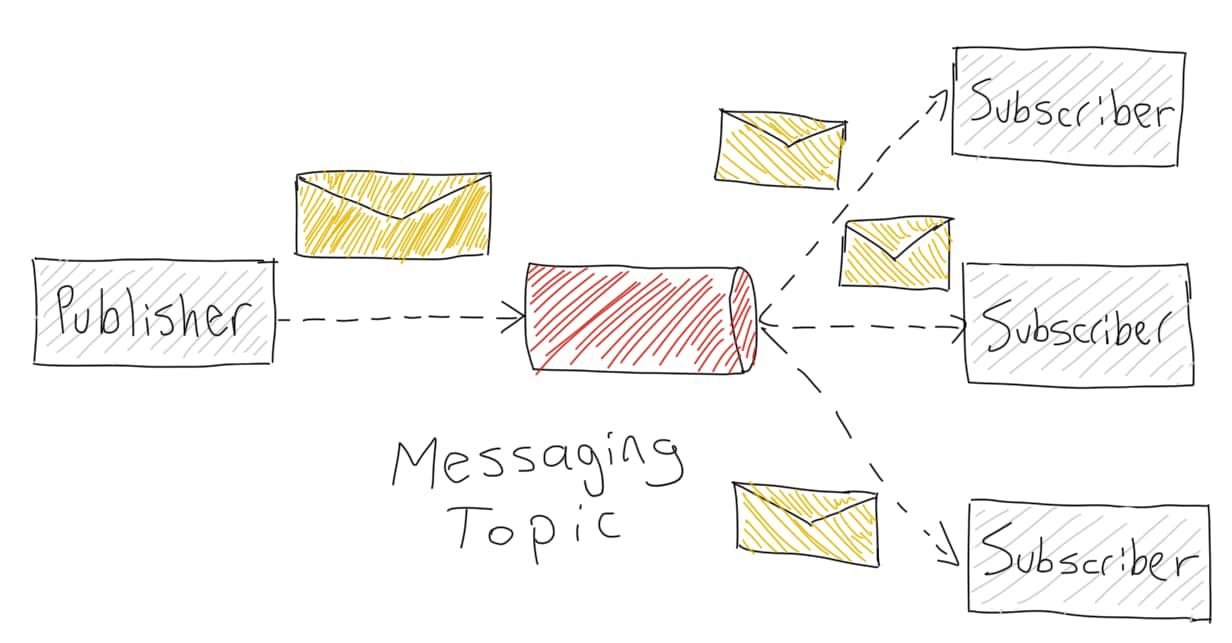 How does the Pub-Sub messaging system work?

Apache Kafka is an open source publish-subscribe based messaging system responsible for transferring data from one application to another.

At a high level, our data pipeline looks as follows: 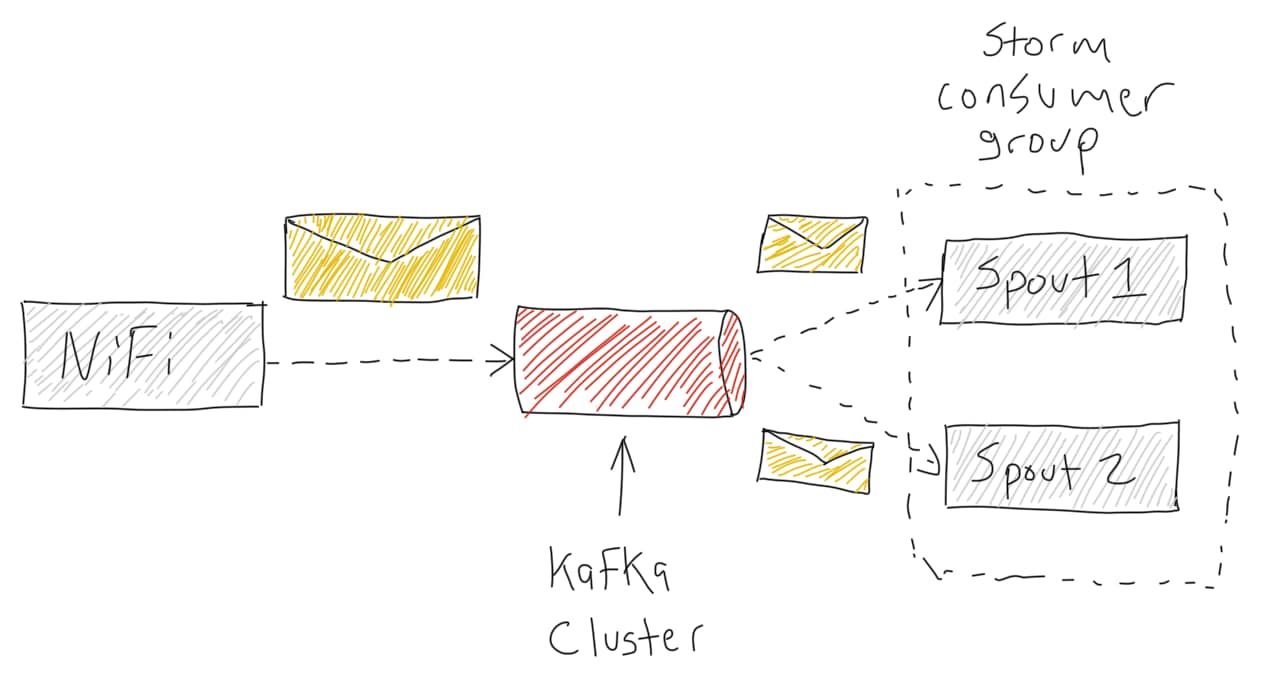 Produces a continuous real-time data feed from truck sensors and traffic information that are separately published into two Kafka topics using a NiFi Processor implemented as a Kafka Producer.

Has 1 or more topics for supporting 1 or multiple categories of messages that are managed by Kafka brokers, which create replicas of each topic (category queue) for durability.

Reads messages from Kafka Cluster and emits them into the Apache Storm Topology to be processed.

Next: Kafka in Action

Now that we've become familiar with how Kafka will be used in our use case, let's move onto seeing Kafka in action when running the demo application.