We now know the role that Kafka plays in this Trucking IoT system. Let's take a step back and see how the Kafka Topics were created.

Now that we have an idea of Kafka's capabilities, let's explore its different components, our building blocks when defining a Kafka process and why they're used. 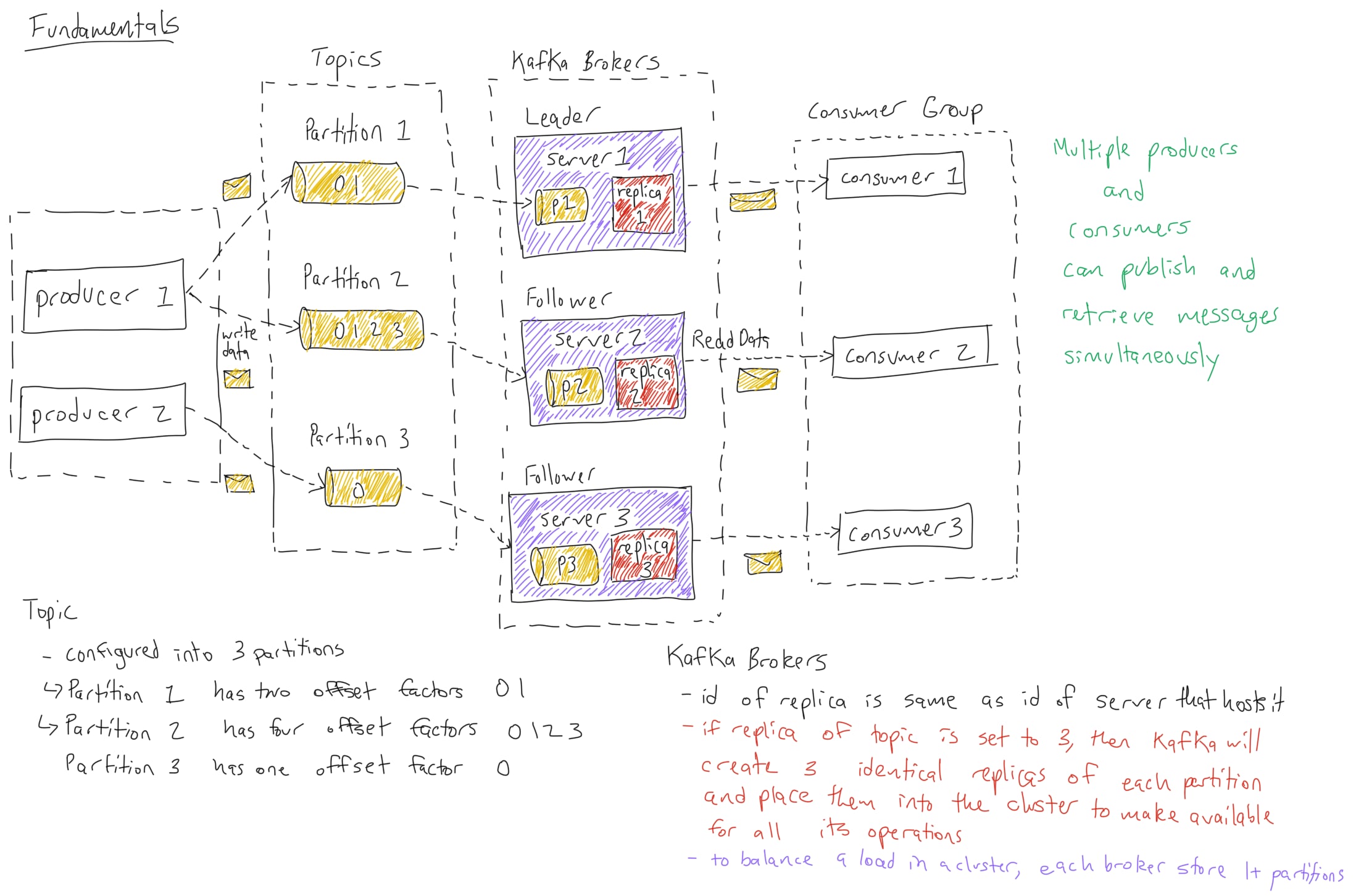 Initially when building this demo, we verified Zookeeper was running because Kafka uses Zookeeper. If Zookeeper was off, we ran the command or turned on it from Ambari:

We then started the Kafka Broker via Ambari or command:

If you wanted to see the daemons that were running, type jps

Two Kafka Topics were created with ten partitions and a single partition each. When topics are created, the Kafka broker terminal sends a notification and it can be found in the log for the created topic: "/tmp/kafka-logs/"

Starting the Producer to Send Messages

In our demo, we utilize a dataflow framework known as Apache NiFi to generate our sensor truck data and online traffic data, process it and integrate Kafka's Producer API, so NiFi can transform the content of its flowfiles into messages that can be sent to Kafka.

Start all the processors in the NiFi flow including the Kafka one and data will be persisted into the two Kafka Topics.

Starting the Consumer to Receive Messages

In our demo, we utilize a stream processing framework known as Apache Storm to consume the messages from Kafka. Storm integrates Kafka's Consumer API to pull in messages from the Kafka brokers and then perform complex processing and send the data to destinations to be stored or visualized.

Submit the Storm topology and messages from the Kafka Topics will be pulled into Storm.

If you need to modify a Kafka Topic, then run the following command:

Account for your topic-name will be different and the amount of partitions you want to add.

If you need to delete a Kafka Topic, run the following command: