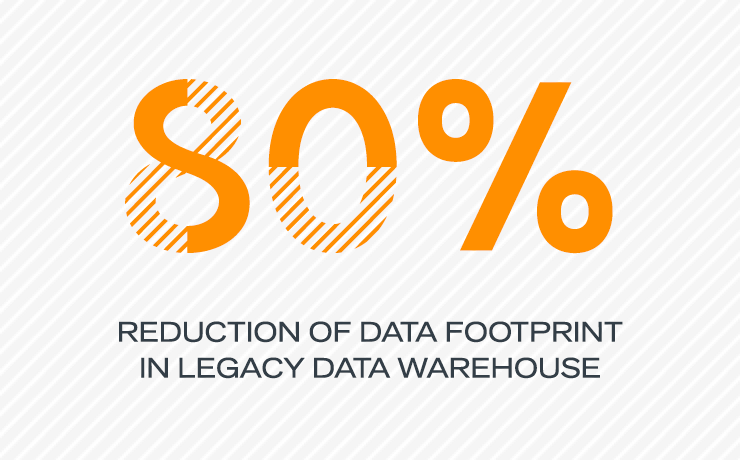 One solution offered is Satellite Tracking of People (STOP), allowing federal, state, and county agencies to supervise and monitor the locations and movements of enrollees in a continuous effort to keep the public safe.

Supervising agents enroll adults and juveniles into the agency’s community supervision program and then set up tracking criteria including time and geographic restrictions. A GPS monitoring device is then fitted around the ankle of the enrollee. The device transmits location every minute and the data is captured and stored in an Oracle database.

The cloud-based user interface allows supervising agents to plot the gathered geospatial data on to a Google map in near real time. Agents are responsible for tracking a number of people to make sure they have not violated any restrictions places upon them by the terms of their enrollment.

Because the application was created before the advent of Big Data, the architecture depends upon streams of geospatial data arriving directly into an Oracle database and being queried by a front end application. The application’s goal is to present the largest amount of data with the least amount of lag time. This led the application architects to cache as much data as possible in the application tier. Due to platform memory restrictions, the amount of data cached was capped at approximately 2 days. When querying past that threshold, supervising agents would begin to experience increasing wait times for their queries.

The growing requirement for larger reporting windows and the desire to provide more analytic and predictive analysis capabilities drove Securus to reexamine their current architecture and look outside for solutions. They had identified the potential benefit of Cloudera’s platform for the analytics, but this alone wouldn’t help them solve the architectural 2 day limitation.

When Securus was first introduced to Gluent, they were excited about its potential to orchestrate the offload of data to Cloudera’s platform without the need for costly and long-winded ETL projects, but were unsure as to whether Gluent could help extend the current 2 day reporting window without rewriting their software. After engaging with Gluent in an architectural white boarding session, it was decided that a Proof if Concept (POC) project would be the best way to validate the capabilities.

Unlike many POC’s where a small target set of data and queries are identified and tested, Gluent suggested that Securus offload the entire dataset via Gluent Data Platform and test their entire application against the hybrid environment. Initial tests showed the original 2 day queries behaving exactly as they always had. This was expected as the data was still being cached in the application tier. Securus then tested over a 7 day window that would require the application to return data that was cached as well as data that had been offloaded. In the original system this query’s response time would have been unacceptable, but on the hybrid system they received the same performance as they saw from the 2 day window.

Because of Gluent Data Platform’s ability to offload the heavy lifting of querying historic data to Cloudera platform, virtually any reporting window could now be satisfied without changing the application tier at all.

Once Securus was convinced of the capabilities of Gluent Data Platform, they began to completely rethink what was architecturally possible. Gluent could not only help them orchestrate data offload to Cloudera’s platform without expensive ETL, but could transparently present that data back into the original  database while pushing down much of the SQL heavy lifting to the Cloudera cluster.

The fact that the resident data in Cloudera clusters could be easily presented to the core Oracle database as a relational table also meant that the geospatial data didn’t need to land in Oracle first, but instead could be loaded directly into Cloudera. This would make the data accessible to the base application as well as analytic applications directly.

The performance results also meant that they could not only do away with the complex caching architecture and reduce their expensive Oracle licensing and support footprint, but could also enable them to find new ways of looking at the data they gathered.

Gluent Data Platform along with Cloudera’s platform provided the means for Securus to completely rethink what was possible and has given and has given them a serious competitive advantage in the marketplace.