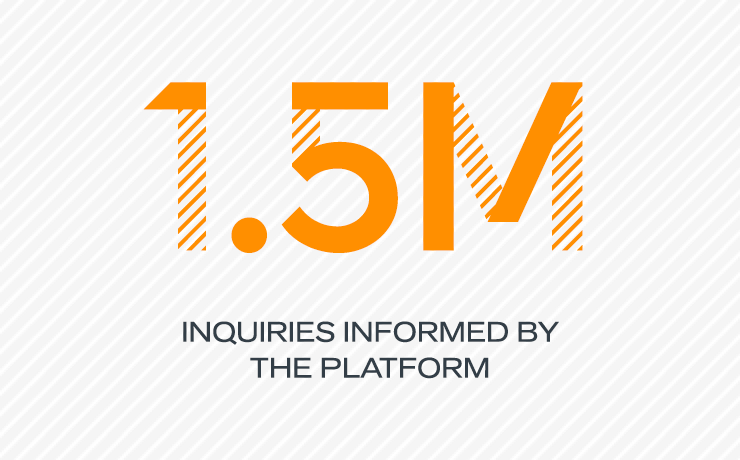 The West Midlands Police (WMP) is the second-largest police force in the UK, with 11,500 employees covering an area of 348 square miles, and serving a population of almost 2.8 million. Under its territory, the team covers the cities of Birmingham, Coventry and Wolverhampton.

On a daily basis, the WMP processes 2,000 emergency calls, patrols the streets looking after its communities, and responds to incidents 24 hours a day, seven days a week.

As with any major police force, the WMP found itself dealing with massive amounts of data, gathered through every interaction with the public.  Recognising the benefits it would gain from being able to effectively access, manage and process this data, it looked to rehaul it’s fixed legacy style systems. It was decided making the move to the Cloud would allow the force to significantly improve its data capabilities, but that was no small task. To help tackle this, the team turned to Cloudera and Accenture.

“We chose to work with Accenture and Cloudera as it gave West Midlands Police the combination of the technologies and the expertise that we needed, to achieve the scale and complexities of our data aspirations”, said Helen Davis, Director of IT and Digital, West Midlands Police. “The partnership also affords the force access to the strategy, consulting and technology skills that can support us through the implementation of these new technologies.”

Before working with Cloudera and Accenture, all the data captured by the officers at WMP, whether in HQ or the field, was running in disparate silos. There was no one place for it all to be stored, managed and analyzed. As a result, the data couldn’t be accessed efficiently by those that needed it, making it a difficult and time-consuming process to locate specific information. In the line of policing, response time is critical and this siloed information presented a great opportunity to improve the efficiency of the vital work the team needed to carry out. With its community at the heart of everything it does, the WMP knew something had to change to improve the levels of service it was able to offer.

In a policing first, the WMP partnered with Cloudera and Accenture to create its Data-Driven Insights Project. This programme radically improved the force’s data and analytics capabilities via a cutting-edge, cloud-based platform. The updated framework meant data could now be accessed anywhere, at any time, without storage limitations. Instead, the team can expand data storage as and when needed, without having to sacrifice any current, and extremely valuable information.

At the very heart of the project has been the data hub. Here, every piece of information is consolidated, no matter where it originated. This has created a single source of truth for all police data, providing the WMP with a far more efficient technology platform. The key benefit of this has been a huge improvement in the speed at which the team can pull queries. Complex data searches can be conducted far quicker, and running a query has been reduced from minutes to just a few seconds. The police on the street can now access vital data, allowing faster response times, and in an informed way, to any situation. For example, the ability to get on the spot information about a person, car registration or location, via the database, means police officers can check key details, such as whether the car has been reported stolen or the person is a known offender. This allows officers to take the appropriate action at the moment, rather than having to return to the station to find out the information and potentially miss the opportunity to act.

“We no longer need to worry about data storage and are benefiting from being able to complete complex processing (of data queries) in a far quicker timeframe. This technology allows us to match and merge our data, which is invaluable for many of our key operational policing services,” said Davis.

In addition to this, the Enhanced Incident Management Performance application that runs on the platform allows for more tactical decision-making based on 999 calls and officers’ availability, which was previously a purely manual process. By knowing which officers are available based on their location (without having to check manually) there is a quicker response time and the nearest officer can get to the scene of the incident the fastest.

“The Data-Driven Insights system which is predicated on the Cloudera suite of technologies has, without doubt, transformed the way that key data is accessed and made available to front line Police Officers. Helping them to do their jobs more efficiently and more safely,” commented Davis.

While the WMP technology team recognises data brings great opportunity, it also knows it brings a greater responsibility in terms of how the data is handled. With this in mind, and to keep the force completely transparent and ethical in how it uses data, the Police and Crime Commissioner at WMP established an independent data ethics committee. Forming this ethics committee was another policing first. The committee’s main responsibility is to monitor the use of machine learning and automation by the data scientists to ensure the force is adhering to best practice, at all times. The group is also responsible for making sure that data is continuously being placed at the heart of improving police operations, to the benefit of the communities that it serves.

Looking to the future, WMP plans to continue the growth of its data platform and cloud capabilities. Its main intention, with the support of Cloudera, is to add more data sets to its enterprise data platform and continue to explore the use of predictive analytics. The force also has big plans for its Insight Search functionality, wanting to ensure the technology and its benefits are maximised, to best support the police officers who rely on it every day. With the Data-Driven Insights Project at the heart of its data management capabilities, the results and wider impact of the project is just the start for the force. For WMP, data is now central to every activity, and it’s passionate about harnessing every little bit of it, to protect the millions of citizens it serves daily.

“Overall, the business benefits we have seen from undergoing this digital transformation and putting the infrastructure in place to efficiently manage and process data, have been endless. By creating a central platform where data is effectively stored and shared, we have been granted the opportunity to make better, more informed and smarter decisions that have ultimately transformed how we operate.“

-Helen Davis, Director of IT and Digital, West Midlands Police